The Major Rise and Minor Fall of Danger Mouse

How my favorite producer’s impeccable musical taste and respect for history has been both his biggest strength and biggest weakness. 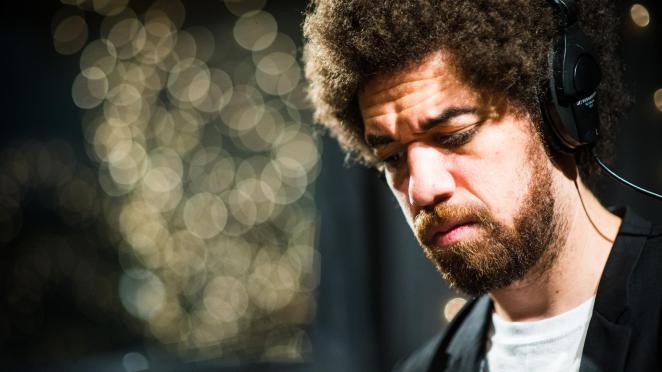 If the Beatles had The White Album and Jay Z had The Black Album, that’s just asking for a Grey Album, right? Brian Burton thought so. Now, over twenty albums and three Grammys later, Burton, otherwise known as Danger Mouse, has been proclaimed not just “Producer of the Decade,” but one of the most influential people of the 21st century so far. Hyperbole? Yeah, probably. But he has certainly been one of the most influential people to me. He has created both chart-topping hits and critically-acclaimed masterpieces. In my opinion, he has even claimed a spot alongside George Martin and Rick Rubin in the pantheon of transcendent music producers.

However, something troubling has developed over the past two years — lately, Burton has been coasting in neutral. Where his production was once fresh and original, it has gradually become a little stale and overbearing. It’s something we need to analyze.

Burton’s career can be broken up into four phases:

Brian Burton got his start in 2003 by producing a low-key, but promising hip-hop album with rapper Jemini called Ghetto Pop Life. But he wouldn’t hit the big time until the following year, when he put together and released the Grey Album. 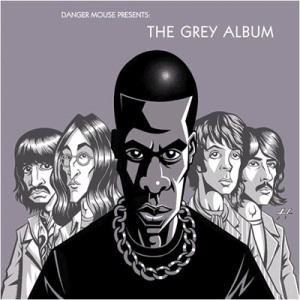 He proceeded to take instrumental portions from The White Album — the harpsichord of “Piggies”, the ominous piano intro of “While My Guitar Gently Weeps”, or the heavy guitar riff of “Helter Skelter” — chopped them into samples, looped them, added hip-hop beats, and then layered Jay Z verses on top. He became obsessed with the project, saying, “Once I got into it, I didn’t think about anything other than finishing it.” The concept was exciting already, but the execution was superb.

After its limited release to a few Internet outlets, the album caught fire, with praise coming from listeners and critics alike. As SPIN put it, “While the novelty factor alone makes it worth the download time, it works as a cohesive album long after the initial shock wears off.” But despite the support of Paul McCartney and Ringo Starr, the Beatles’ record label, EMI, was not impressed. They ordered Burton and retailers to stop distribution, only leading to even more popularity for the project. The Grey Album was groundbreaking because it brought attention to the tension between copyright laws and hip-hop, seamlessly blended two distinct musical eras, and in turn, came to define an era.

As a result of his work on the Grey Ablum, Burton was asked by Damon Albarn to produce Gorillaz’ second album Demon Days. It’s a solid, intricate record that included charting singles “Feel Good Inc.” and “DARE”, and featured rappers such as De La Soul, Pharcyde, and MF DOOM. Albarn and Burton had a mutual admiration — Albarn on Burton: “Danger Mouse, in my opinion, is one of the best young producers in the world”; Burton on Albarn: “It was a no-brainer when there was interest there from Damon.” During the same time period, Danger Mouse joined forces with MF DOOM to form Dangerdoom and record The Mouse & the Mask, which further cemented Burton’s underground hip-hop credentials.

The Grey Album was revolutionary, and his work with Gorillaz successful, but Burton’s neo-soul duo with Cee Lo Green would show his true production chops and potential for greatness.

As half of Gnarls Barkley, Burton wrote and produced “Crazy,” the song that took over the summer of 2006. It was a breath of fresh air. It injected soul into psychedelia and alternative rock into R&B. It featured choirs, strings, plodding bass lines, and Cee Lo’s pitch perfect but maniacal voice taunting us with lines like “Bless your soul, you really think you’re in control?” The single united us; by incorporating so many genres into one melting pot, it appealed to a huge swath of music fans, sending it to #1 in the UK and #2 in the US. Burton had struck gold. Or, more accurately, he had struck platinum.

Gnarls Barkley’s entire debut album, St. Elsewhere, was full of gems. At that time, I was a rockist teenager who dismissed all songs made after 1980. Hearing the strange, unique, and insanely catchy tunes of Gnarls Barkley was a revelation — it made me realize not only that modern music could be great, but that this guy Danger Mouse was a genius. “Smiley Faces” was my personal favorite that summer, with its infectious energy, but I also loved their cover of the Violent Femmes’ “Gone Daddy Gone” and the self-loathing “Just A Thought”. Gnarls Barkley’s quick followup album, 2008’s The Odd Couple, is criminally underrated and often forgotten. By that time, Burton and Cee-Lo played to each other’s strengths perfectly, as witnessed by the comfortable, confident swagger of closing track “A Little Better.” Gnarls Barkley showed Brian Burton at his ultimate creative apex.

Burton’s work in hip-hop proved his proficiency with chopping samples up into beats, but who knew it would be a prelude to such a full production career? When The Grey Album was released, it was apparent that Burton had an intimate knowledge and grasp of the Beatles’ catalog, but Burton’s devotion to that 1960s sound was no mere diversion. It not only adorns his production, but defines it. Burton developed a very identifiable style — entrancing atmospherics, anchored by woozy and prominent bass-lines, instrumental flourishes, and reverb-soaked vocals. It is lush, but ominous. Colorful, but sinister. 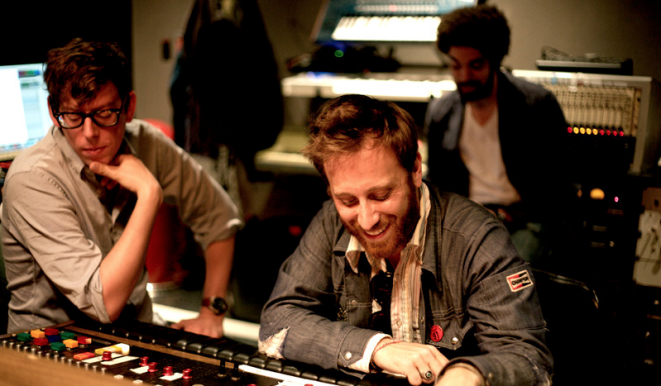 Burton’s most intriguing and unexpected career move was when he first linked up with the Black Keys to helm their 2008 album Attack & Release. Where Burton personified instrumentation and intricate soundscapes, the Black Keys had personified the opposite on their four previous studio albums — raw, powerful blues rock, with nothing more than an electric guitar and a drum set. But somehow the combination of their two distinct approaches worked beautifully. The key to this seamless marriage was Burton’s restraint — he added just the right amount of touches to augment the sound without drastically changing it. He added organs (“All You Ever Wanted”), haunting background vocals (“I Got Mine”), banjo (“Psychotic Girl”), and flutes (“Same Old Thing”), and yet the Black Keys still sounded like their raw, primitive selves. Attack & Release is inconsistent at some points, and I still preferred the rough power of Thickfreakness and Rubber Factory, but the album added another dimension to the Black Keys’ sound that was interesting, well-executed, and enjoyable.

Burton developed a consistent working relationship with the Black Keys, going on to produce their smash single “Tighten Up” in 2010 (his only contribution to their album Brothers), followed by 2011’s El Camino, their pivot toward full-blown, foot-stomping rock and roll. “Tighten Up” is one of the Black Keys’ very best songs — Burton allowed the Black Keys to sound more natural and gritty than they had on Attack & Release, while also giving them a full, booming sound. And though El Camino is less bluesy than I would like, it still works as a slick, fast rock album. Around this time, Burton began to lend his signature dark 1960’s sound to multitudes of projects, helping to create excellent albums with other high-profile acts (Beck and Norah Jones), as well as records with lesser-known acts (the psychedelic The Shortwave Set and Portugal. The Man, and dream-pop oriented Electric Guest).

He teamed up with the Shins’ James Mercer to form Broken Bells and release their exceptional self-titled album, completed a spaghetti-western inspired project with Italian composer Daniele Luppi, and was even tapped to produce a new album by U2. But amid the deluge of artists calling Danger Mouse’s name, things unfortunately started to go stale.

Sometime around 2013 or so, Burton lost the nuance and restraint that he had exhibited in his earlier production. Since then, it feels like he has drowned out the voices of his respective subjects and overpowered them with boring mediocrity behind the sound board. This current tendency is best witnessed on the Black Keys’ latest album Turn Blue (the Black Keys’ fourth record with some level of involvement from Burton) and Broken Bells’ sophomore effort After the Disco, both released in 2014.

Turn Blue is melancholic, psychedelic, Pink Floyd-esque stoner rock, full of guitar solos and string ensembles and heavy synth lines. It’s not bad, but it’s bland — a far cry from the Black Keys’ invigorating, raw, bluesy sound from their beginnings. I started playing “Weight of Love” recently, the 7-minute opening track, and for the first full minute, I forgot what band it was. The round bass tone, the bells, the eerie sound effects — it could have easily been a Broken Bells or Norah Jones tune and I wouldn’t have known the difference.

I think “Weight of Love” is a good song, but it shouldn’t be a Black Keys song. That’s not to say that bands shouldn’t evolve and change their sound with time, but Burton neutered them and crushed their singular style.

The bug also bit Burton on Broken Bells’ After the Disco. The whole album is monochromatic drivel, far inferior to Broken Bells’ bright and punchy debut album. Burton’s wayward production is most obvious on “The Changing Lights,” since we are able to compare it to the stripped-down live version from La Blogotheque. The studio version is a pleasant-enough song, with a good melody, but there is so much production. There are so many synths that there’s no room to breathe.

When Burton and Mercer ditch the sound effects and play the song with just an acoustic guitar and piano, it gives me chills. It’s a great pop song! But on the album, the sparkling melody and chord changes are trounced on by unnecessary boops and beeps.

What made Burton’s early work brilliant was his light touches and restrained flourishes — he added just enough “Danger Mouse sauce” to make it interesting without adding too much and overpowering the subject’s distinctive style. For the Black Keys, Burton sprinkled just the right amount of “Danger Mouse sauce” on Attack & Release, perfected the recipe with “Tighten Up,” but stirred in entirely too much on Turn Blue. He drowned out everything that made the Black Keys exciting, exchanging their power for a more generic and bland substitute.

Burton’s recent work with the Black Keys and Broken Bells not only caused two of our best modern indie artists to lose the ingenuity and spunk of their previous work, but also put a damper on Burton’s own body of work. I sincerely hope that this is just a misstep and that he will get back on track.

Brian Burton is one of the most knowledgable, creative, and ingenious forces in music. Some of my favorite music of all time exists because of him. It’s time for a return to form.